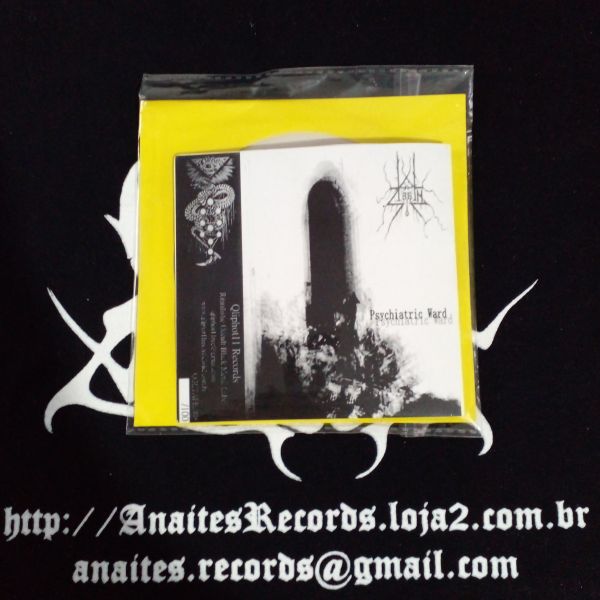 Formed in Itajubá - MG, 2010. In mid-2010 the Daath born in Brazil with the purpose of passing any negative feeling, morbid and insane as possible. In the same year gave a demo tape titled "Abismo ..." (Abyss...), containing three songs, two instrumentals. This demo was just released, and even then the Daath was a one-man project. Also in 2010 came Count Abyss assuming the drums, but this lasted only a few months training, their participation was only two songs for a possible album. After the departure of Count Abyss, Daath returned to being a one man band project and was dead for two years. It was a period of turmoil and nightmares, and in 2012 returned with all the insanity and re-recorded the songs of 2010 which led to the album "Psychiatric Ward" containing 5 tracks, and 6 intros between music tracks. This album aims to complete insanity of mind, as a "stay" in a sanatorium. Daath in 2013 promises to drop two unpublished material.
01. Ward 1
02. A Morte é Fria
03. Ward 2
04. 22 de Fevereiro
05. Ward 3
06. Umbras Et Praeterita
07. Ward 4
08. Agonia
09. Ward 5
10. Exilado no Sanatório
11. Ward 6
Formação: E. Angot [All instruments, Vocals